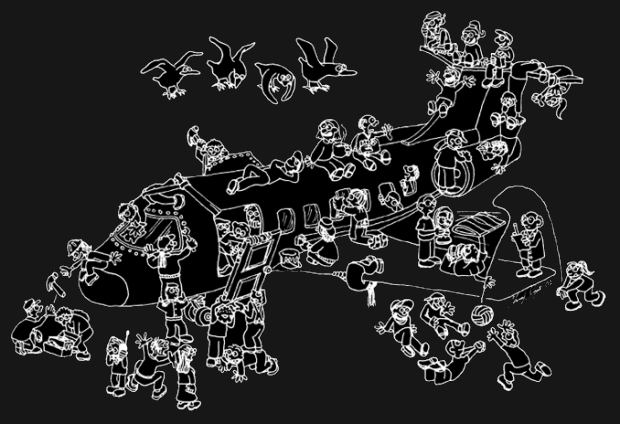 As Bradley mentioned in his debut post, sometimes you gotta build something to really understand how to build that thing the right way. Unfortunately, it’s not at all uncommon with software to find that the version that was written as a prototype to get user feedback and prove a concept ends up being the animal that you take with you into production. All software developers are familiar with the terror of feeling like they’re building an airplane while it’s flying.

During the 2018 field season I maintained a fairly long running list of things that I wanted from the firmware that weren’t critical enough to implement but would be incredibly useful as the platform matured. The two most important where:

A side effect of deciding to overhaul the microcontroller situation was an opportunity to make significant improvements to the firmware. I can’t stress how happy I was the first time I ran code on the SAMD51 and saw that I had more than 256k of RAM at my disposal. Life on the SAMD21 was getting extremely cramped and I didn’t feel like I had the room to do the kinds of things I really wanted. Not just from a RAM perspective. The SAMD21 has 256k of FLASH memory and with the architectural changes around modules this simply wouldn’t be enough to work comfortably going forward.

Because the modules no longer had their own microcontrollers, the firmware to drive those had to live on the core SAMD51.

On that chip we have 1MB of flash memory, ignoring the QSPI memory Bradley added. This was more than enough room to store additional module firmware for our first modules.

In the beginning, the module firmware would simply be compiled into the core firmware as a kind of super-binary. Long term, this would need to be handled in a more flexible way, for a few reasons:

So, while I waited patiently for the new hardware I started to lay the foundation for these things. I spent a considerable amount of time at home writing some small, focused libraries to deliver on this extra functionality. Oh, and yes testing on Adafruit’s Grand Central M4 🙂