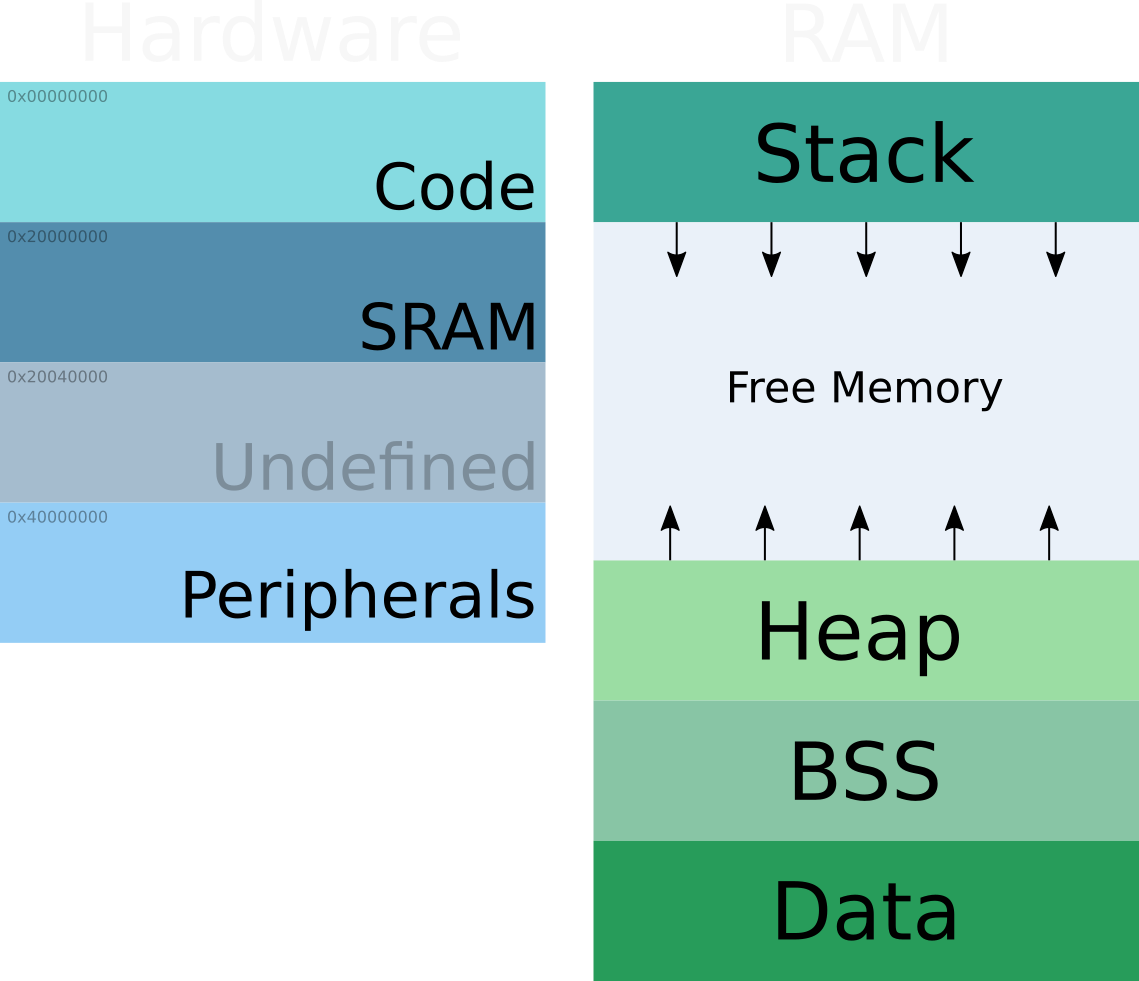 A few of the following posts will require a basic understanding of the memory layout used by the microcontrollers we’re building FieldKit on top of. For many software developers this will be old news, but I wanted to take the time to make sure we’re on the same… page.

Basically, memory is laid out in specific regions from a functional/hardware perspective and then further subdivided by software. So, let’s start with some common diagrams:

Many of us have seen this, I’ll just give a quick summary:

Now, summary imposes its own structure on memory, too. When our firmware first runs, part of its initial tasks is to setup and initialize various parts of RAM. Establishing a layout like this:

This is where things are getting interesting!

Now that we’re… aligned, we can move onto more interesting subjects 🙂